What to do in a week in East India?

Imagine not having to unpack every few nights and yet, your scenery changes every hour! To experience the best of East India from one river valley to another, here is your itinerary - Days 1 to 4 The Ganges River Expedition cruising beyond Kolkata Take a 3-night expedition cruise on the Lower Ganges to explore the iconic river valley tangled in deep colonial history onboard ABN Sukapha. Fly into Kolkata airport with direct domestic and international flight connections. Highli
195 views

A Glimpse at the Revamp of ABN Rajmahal

Here's a glimpse into the revamp of the saloon and bar area of ABN Rajmahal. We were excited to bring out the wonderful colours of tropical India whilst celebrating the artisanal work of Bengal and, of course, staying true to our style of home-coming coziness with collectibles from the region that each tell a story. We support the work of local artisans, and promote regional arts and crafts of the region as we believe in creating a feeling of home-coming that is a kind of lux
225 views

A Solo Woman's Journey From Varanasi to Ladakh

Ladakh is a magical place in India, a kind of little Tibet but with an Indian influence. Best accessible in the summer, otherwise known as the season where it's 'hot with a dash of monsoon showers', Ladakh would make for a delightful pre- or post-cruise extension to our special Ganges river cruise to Varanasi 'City of Lights', which operates only in the months of August and September. Though these months are considered as 'low season' in India, they are also the months were t
172 views

Continuation of Kalyan Mandal's letter (Part 2)... Read Part 1 here Nowadays I teach students. And I have 285 students in total. But all this started with only a single student and that student was from my village. I still teach him. He was reading in class v then and one day he had asked me in the street whether I could teach him or not. I had time and I felt that I can prepare him. He found inspiration watching me talking to the guests. He believed that I could teach him ve
95 views

Sailing to the Sundarbans

Starting October 2018, our guests will have the exceptional chance to cruise from the old colonial city of Kolkata to Sundarbans National park, an UNESCO World Heritage Site that is home to a wide range of fauna including a number of species threatened with extinction. The Sundarbans region of Bengal is unique for many reasons with the main two of them being: 1) it is the world's largest mangrove forest, and 2) it supports the world's largest population of tigers. Interesting
407 views

An extraordinary summer holiday in India

We operate an exclusive summer cruise to the "City of Light" on the Ganges, which is a blend of an extraordinary spiritual experience in Varanasi and deep insights into rural India. In addition to the spiritual and cultural experiences, sip cocktails on the sundeck as you enjoy musical performances; take a cooking class onboard; spend time with children in the villages; stroll through markets; catch up on reading in the saloon; and enjoy the spa services onboard. Assam Bengal
143 views 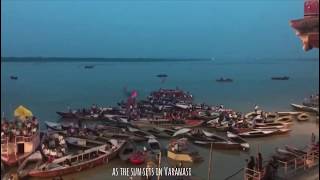 We put together a list of the best cruise extensions for you, that can be completed either before or after your cruise. FOR AN IMMERSIVE CULTURAL AND SPIRITUAL EXPERIENCE, GO TO VARANASI This is a short clip of our 'City of Light' 7-night Ganges River Cruise that is only navigable in this prominent stretch of the Ganges River during the months of August and September. RV Rajmahal gives you the best vantage point of the famous Varanasi Ghats but for the rest of the year, we re
135 views

Bengal Memories is an ideal 3N/4D Ganges river cruise for leisure travellers who are short on time but don't want to miss out on one of the best travel experiences of India. Whether you're yearning for cultural immersion or slow-paced exploration, river cruising offers an intimate encounter into the soul of India, the holy Ganges and it is also a leisurely alternative to driving long-distances. River cruises don’t just take you into the countryside, they let you get under it
246 views

We are creating in-house videos to give you a glimpse of life along the two majestic rivers of India - The Ganges and Brahmaputra Rivers. Through our YouTube channel, we aim to give you un-cut (real and raw) footage of daily life on the Ganges and Brahmaputra Rivers, life onboard the cruises from our ABN team, our activities involving ABN Foundation and short cultural insights. This is a new effort by our in-house team so please bear with us as we are also learning YouTube an
130 views 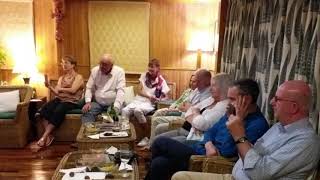 How to celebrate a milestone while traveling?

When family and friends get together to celebrate a milestone - a 45th wedding anniversary of their loved ones on a Ganges River Cruise, it is a guaranteed experience of a lifetime! Besides enjoying the incredible view of the river Ganges from floor to ceiling panoramic windows of their charming cabins; they also visited little towns, villages, old monuments and religious places of interest, encountered local communities along the river, took a rickshaw (tuk-tuk) ride into th
61 views
bottom of page